We like to keep it simple at Qube. We believe in creating rich and cinematic visuals while focusing on the story. Everyone has a unique story to tell, and we have the experience and creative team that will help craft yours. Creating video content is all about understanding the audience and the final message, making sure to bring human connection is key. We pride ourselves in seeking passion and authenticity in the Interviewee or talent when curating that story so the viewer can connect. 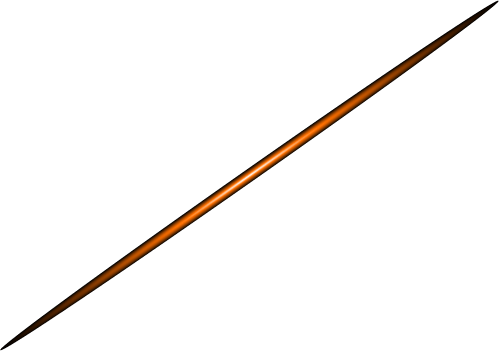 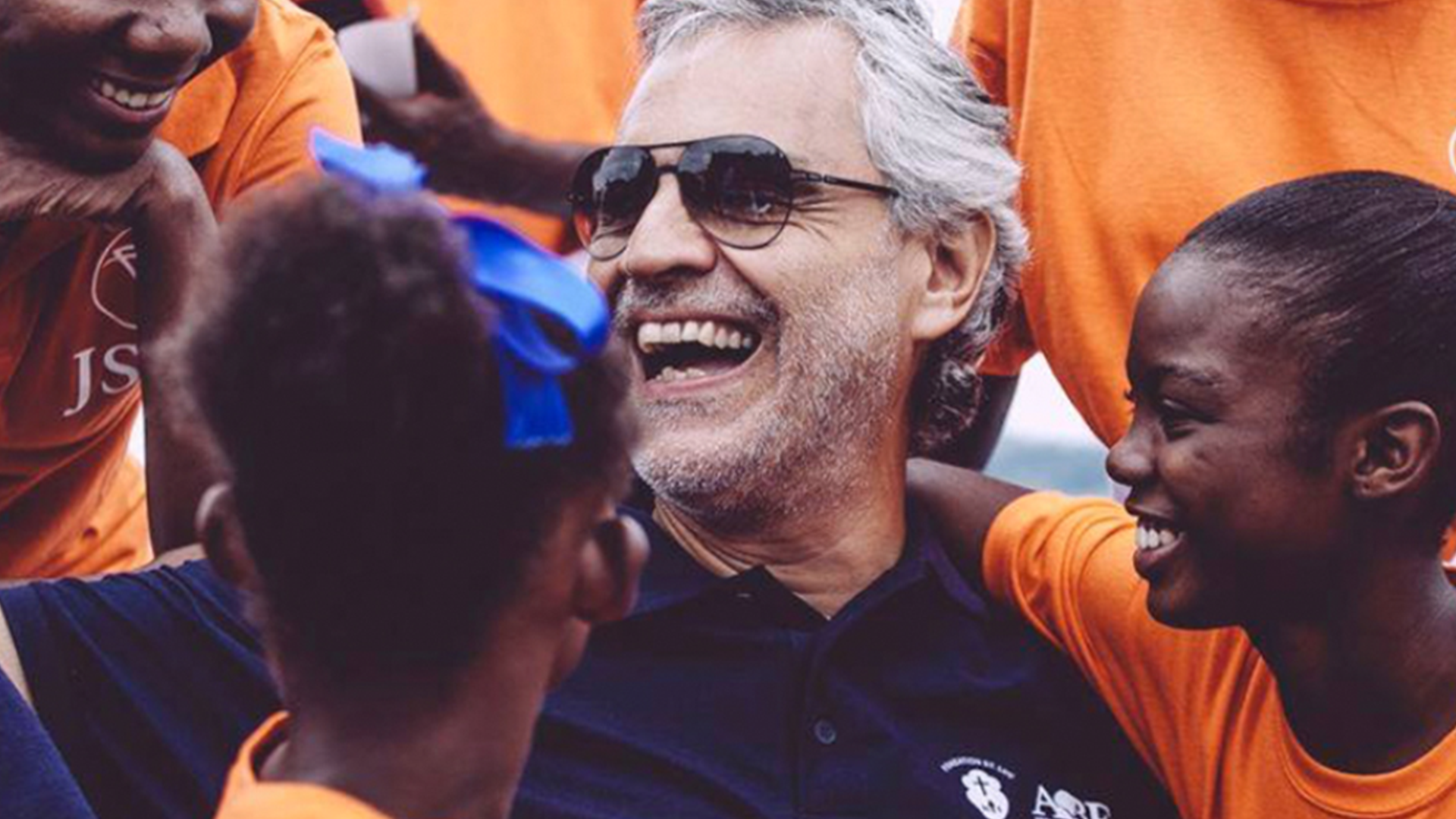 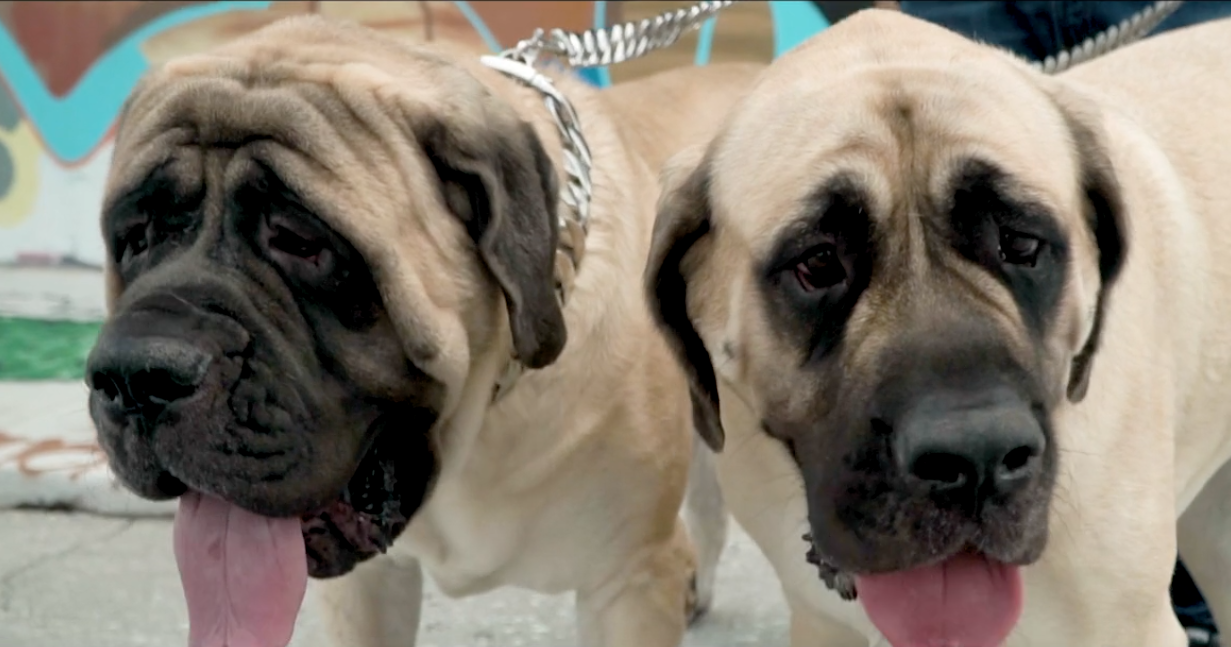 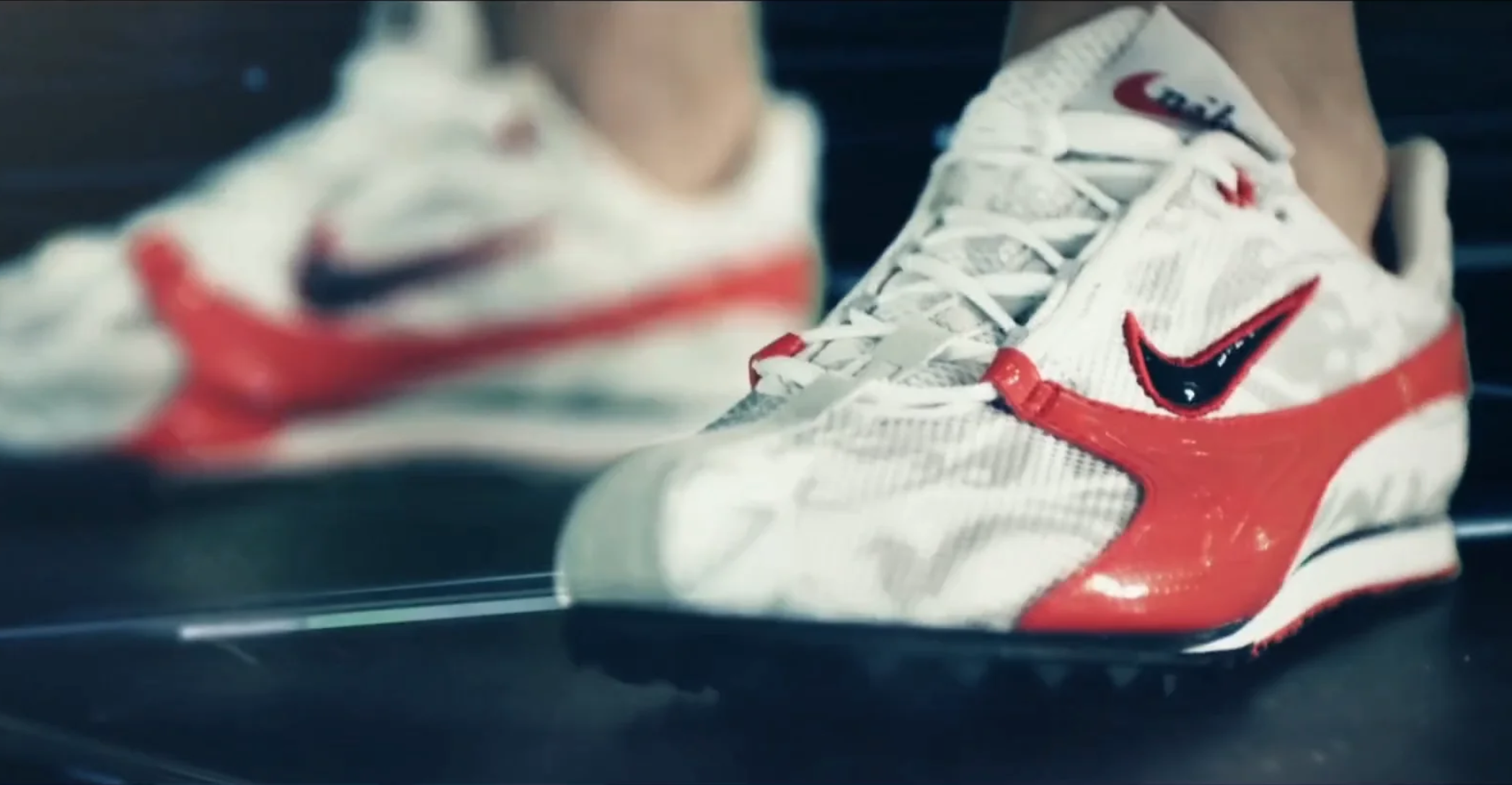 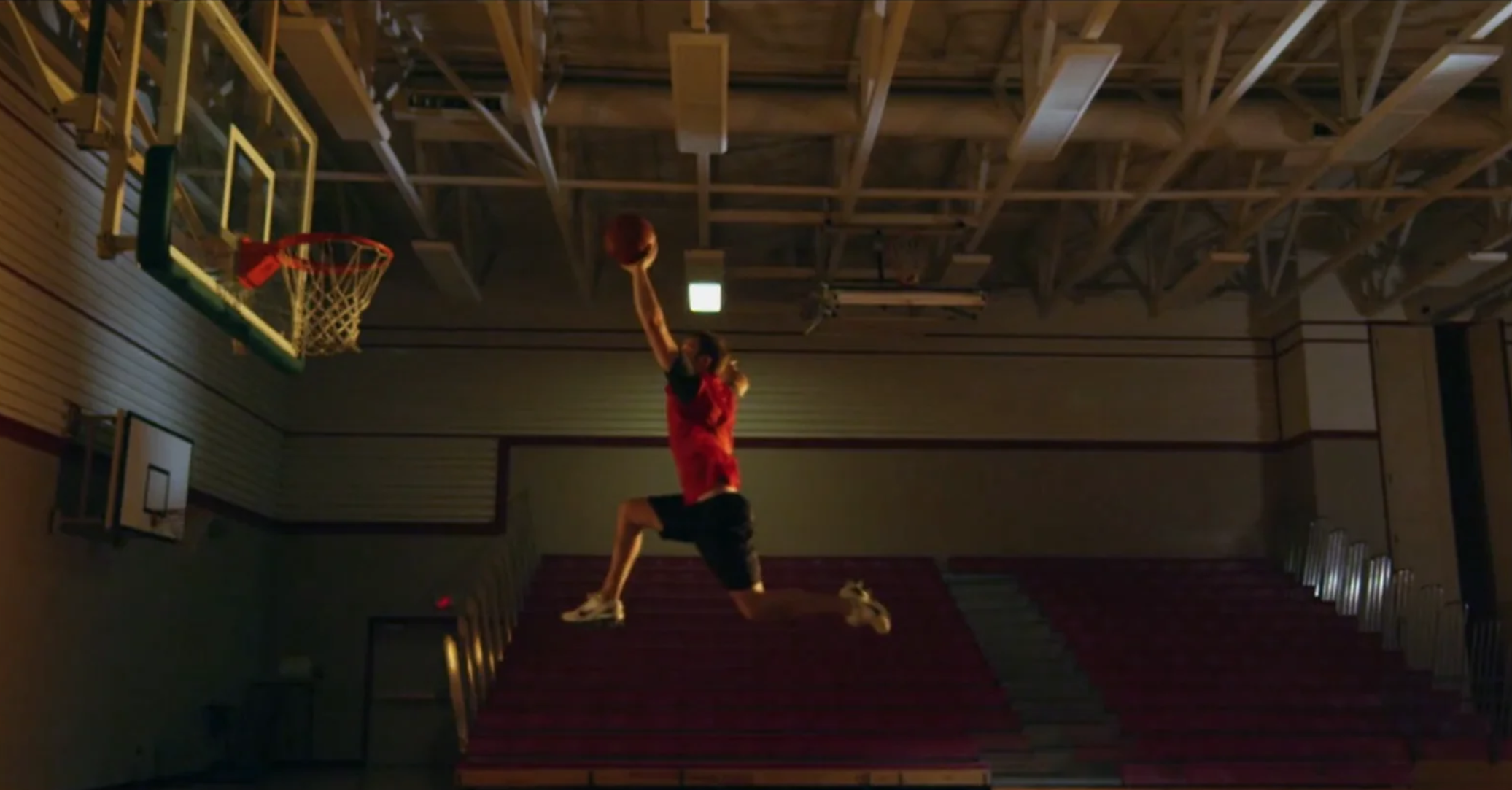 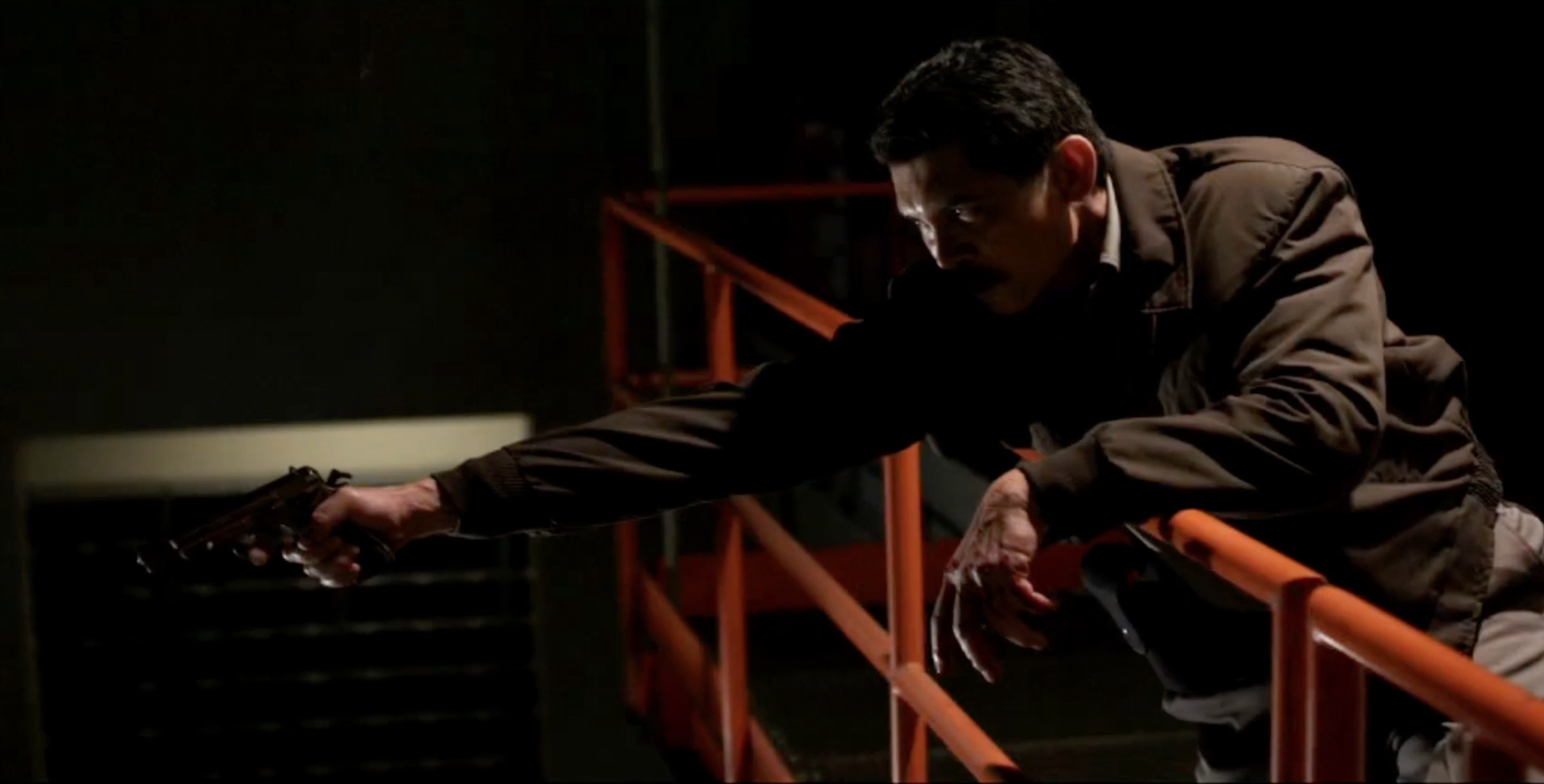 Here's more of our work. Click on view case study for more in-depth about who the client is, why they reached out to us, and how we helped.

As masks were becoming a norm in society due to COVID-19, traditional face masks had created a disconnection for users not being able to express themselves and making it harder to understand each other through the conventional mask. Bend Shape Mask company developed a clear face mask to solve the disconnection between face mask users while still providing you with the same safety as the traditional mask.

Qube Film's strength is our documentary approach and creating an emotional connection to the brand and how the product helps and improves the life of the users. 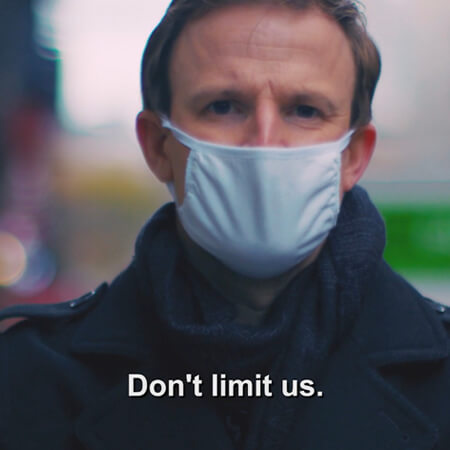 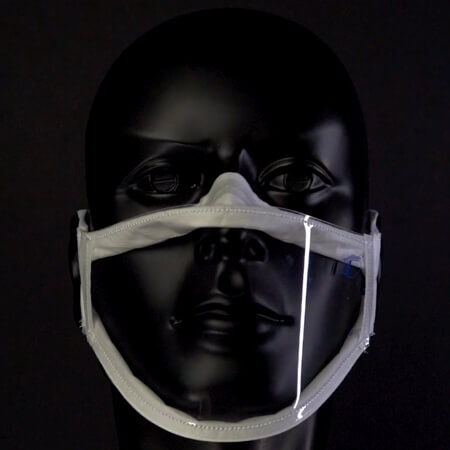 Qube Film produced a series of fact-based videos explaining the development of this new clear face mask and how it outperforms the competition. 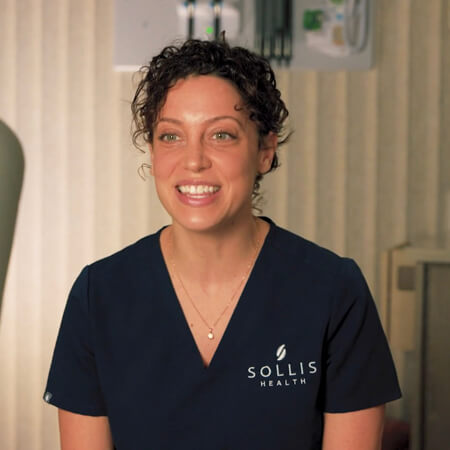 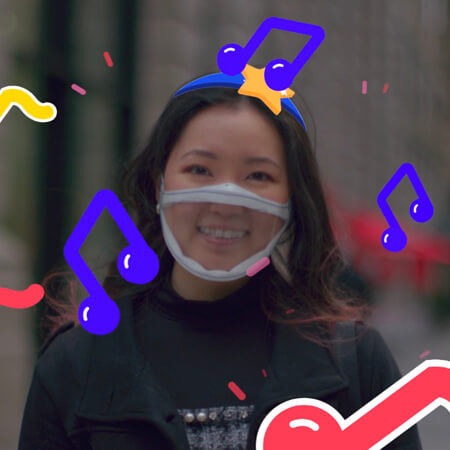 Captivating fun videos captured attention and gave this clear face mask a cool feel, and got people to visually understand the product.

Located across the street from the United Nations in New York, it doesn’t have the same foot traffic as midtown Manhattan.

Targeting the areas closest to the restaurant during rush hour maximized the ad's visibility on TV. 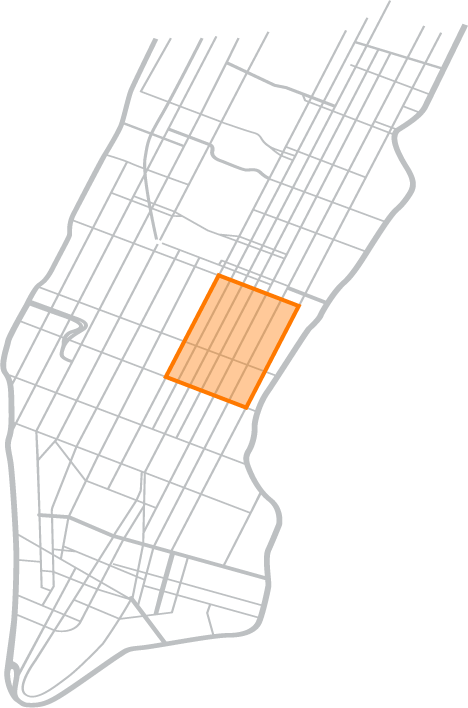 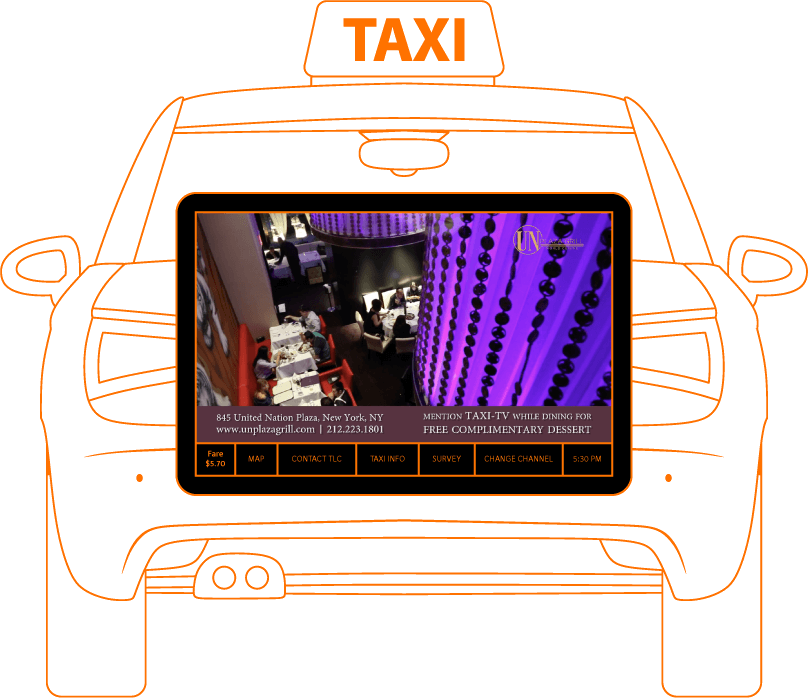 Qube Multimedia platform created theses video booklets to send out to all the embassies around the United Nation to drive traffic. 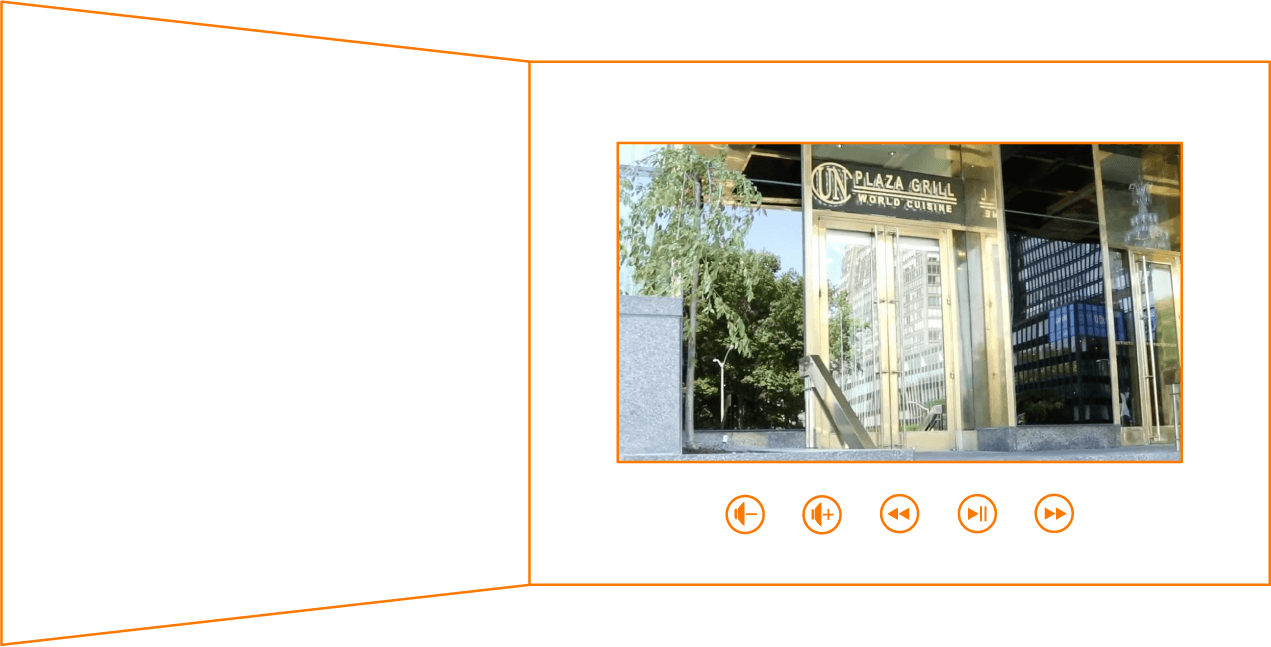 Hair Cuttery is the largest family-owned hair salon business in the United States, with over 500 company-owned locations.

During the Covid-19 pandemic, HC’s family of brands were looking for a new avenue to communicate their re-opening strategies.

The Qube Film team used moment marketing to launch three campaigns simultaneously: the Smile with your Hair campaign, the Safety Animation series, and the Behind the Brand campaign.

SMILE WITH YOUR HAIR

SMILE WITH YOUR HAIR

BACK TO WORK - BEHIND THE BRAND

Business Interruption Group is a collaboration between a group of lawyers representing thousands of businesses, employing millions of Americans across every sector of the economy.

In a historic display BIG and Gauthier Murphy & Houghtaling LLC, Attorneys at Law, partnered up with Times Square Alliance and Qube Film to create a symbolic demonstration to showcase how by shutting down businesses, we’re shutting down the lights of Times Square.

“This is to symbolically show that the insurers are turning the lights out on businesses.” – John Houghtaling

Qube Film created impactful video content to match the message from Business Interruption Group. It helped them deliver a clear and strong message that would be presented in front of millions of people at Time Square.

The efforts were organized by Business Interruption Group, a coalition of restaurant and hospitality industry leaders who say insurance ... 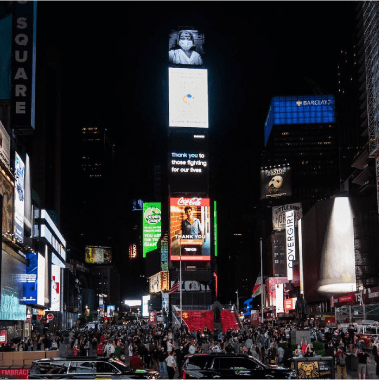 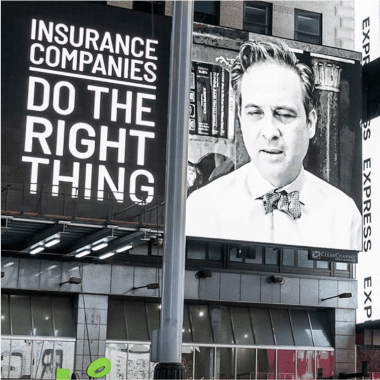 A battle looms over 'business interruption' coverage, which insurers say doesn't ... in New York Times Square, four times each hour around the clock. ... He has co-founded "Business Interruption Group" with celebrity

Businesses Thought They Were Covered for the Pandemic. Insurers Say No.

He had paid business interruption insurance, a type of coverage ... to the matter, the group has advertised on billboards in Times Square ... 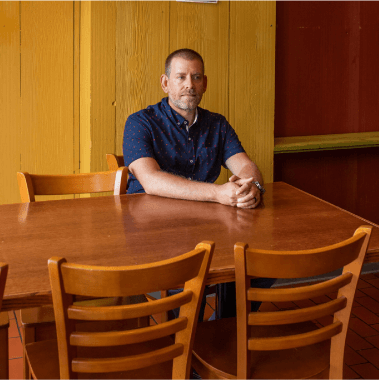 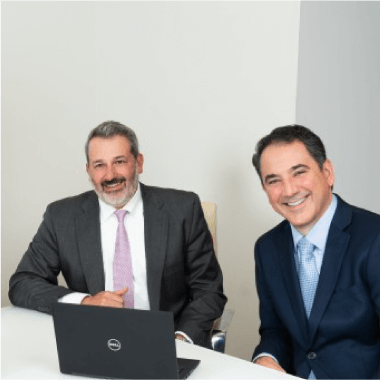 Times Square to Go Dark to Shine Light on Fight Over...

Among the coordinators of the publicity event is the Business Interruption Group (BIG), a coalition of restaurants and other businesses co-founded ... 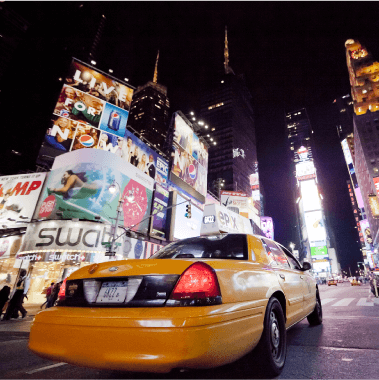 Crown of Light is Diamonds International's best selling diamond, and the world’s only patented 90 faceted dome-shaped diamond, which became the fastest growing diamond brand in the Caribbean.

Crown of Light was getting bad reviews online as the consumer would return to the US and get their diamond appraised at the local jewelry store. The appraisers were not educated about the branded diamond and this new diamond shape, and how to value the product.

Qube Film team produced over 50 videos to normalize the idea of Branded diamonds. Focusing on cruise ship passengers, they broadcast ad campaigns and promotional videos on all major cruise ships sailing in the Caribbean, as well as creating content to train and inform appraisers, which ultimately led to less negative reviews across the internet.

Over the course of 3 years of Qube Film's involvement and pushing video content, Crown of Light sales increased from 80 million to 200 million sales per year from 2016-2019.

THE SHINING STAR OF NAMIBIA

Jet Support Services, Inc. is "the biggest provider of maintenance work for business aircraft" as reported by CNBC.

While the biggest provider, in this day and age, corporate looked to humanize their brand and highlight the social benefits besides showcasing the strength of their company.

After a few promotional videos focusing on the scale and services JSSI provides, Qube Film partnered up with JSSI and Andre Bocelli Foundation to create a documentary showcasing the benefits of the aviation industry.

The Algemeiner is a newspaper based in New York City, which covers American and international Jewish news.

During the pandemic, The Algemeiner couldn’t hold its annual fundraising event.

After launching their latest technology, Bodytite and Facetite, newly public, InMode Ltd. was looking to maximize their global exposure.

Qube Film partnered up with talent resources and on-board InMode ambassador pop icon Paula Abdul in a series of promotional videos, commercials and before and after sit down interviews.

Paula Abdul treated herself for her 57th birthday with two treatments from InMode, a minimally invasive plastic surgery company. 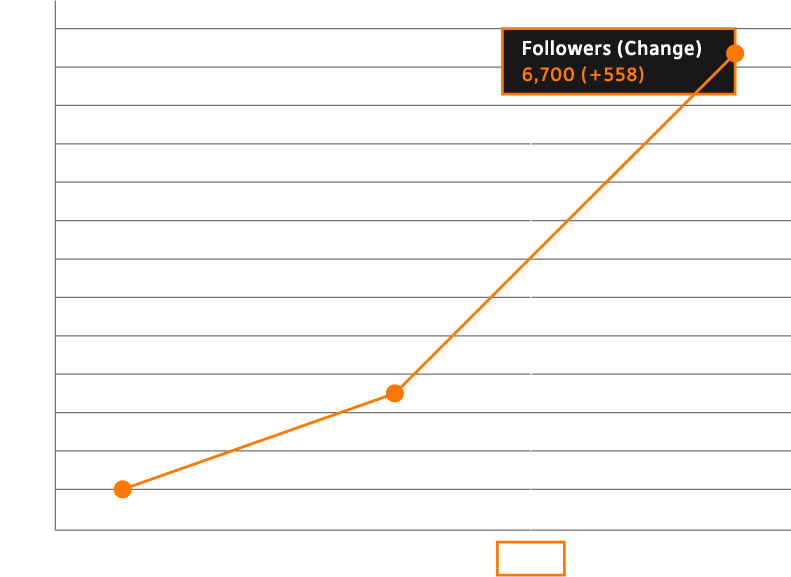 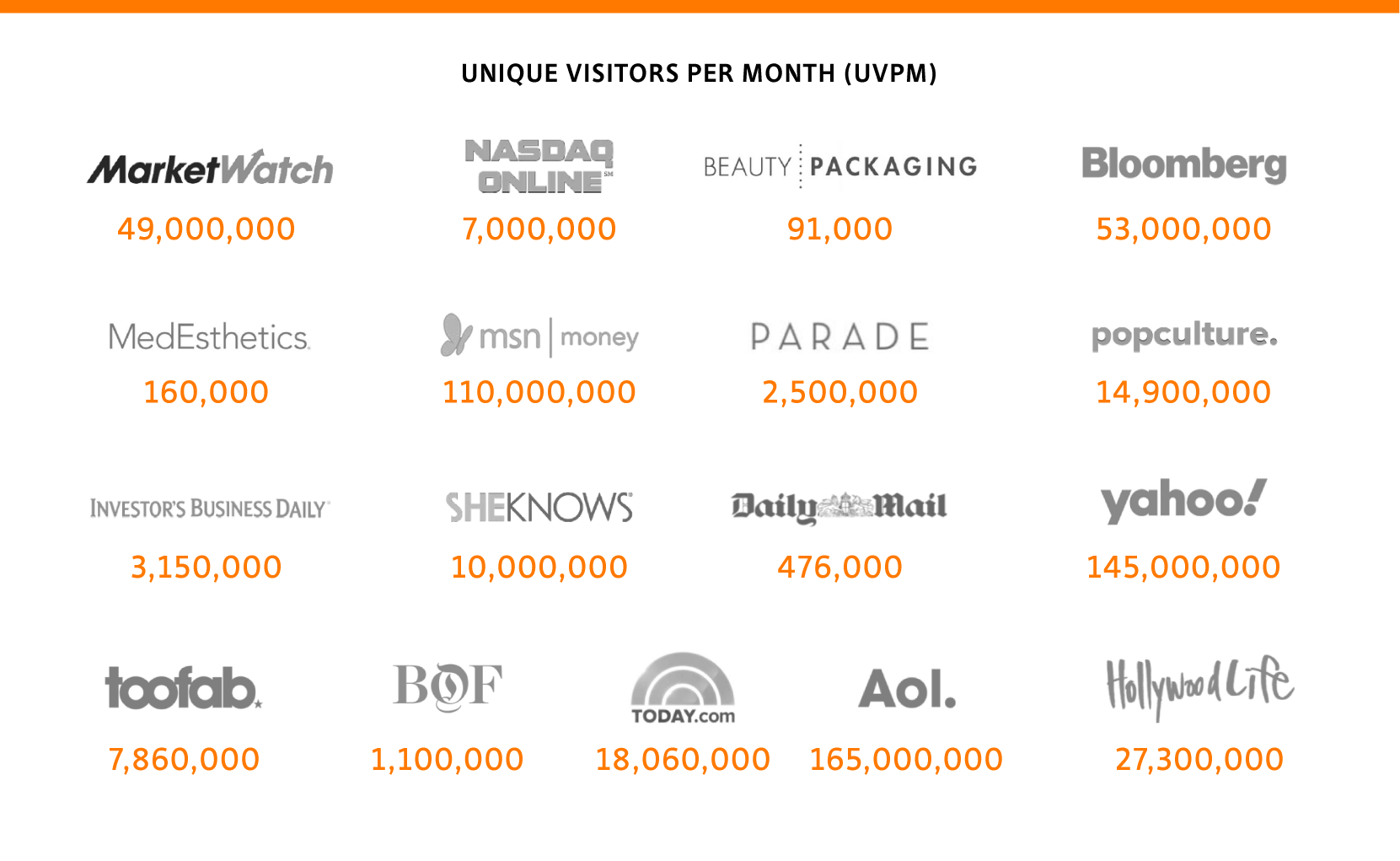 For years marketing agencies worked on creating scripted reality to sell products but with the rise of social media and giving voice to individuals; viewers became more demanding for transparency and fed up with false advertising. Acknowledging the brand identity and being true to its core is what separates each brand and the key to winning over the viewer. 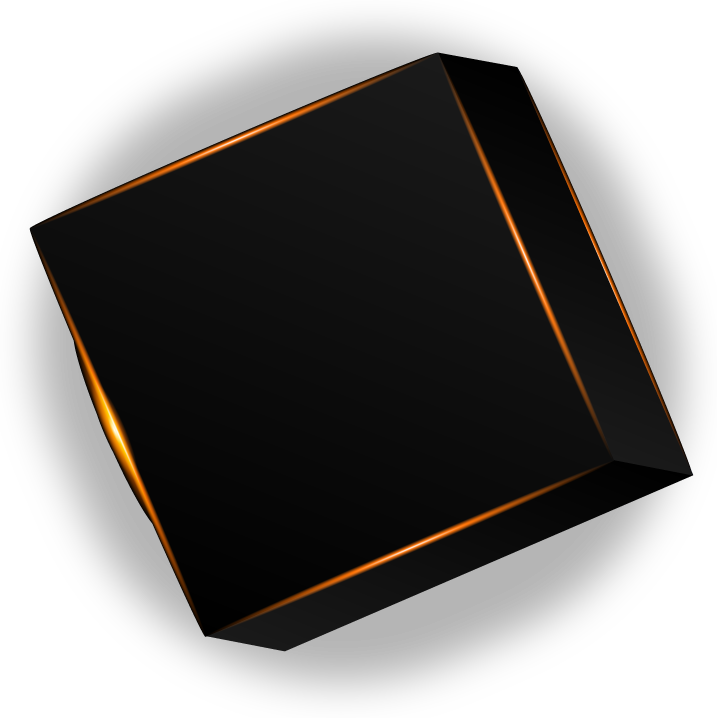 We're ready to work with you.

Being a boutique company puts us in a unique position to build personal relationships with every client. Creating content is about teamwork not only among the production team but with the client as well to bring their vision to life.